Americans have a constitutional right to boycott Israel

Politicians at the federal and state levels must reject AIPAC’s unconstitutional efforts to suppress the BDS movement. 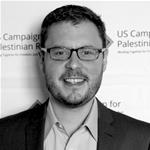 The American Israel Public Affairs Committee (AIPAC) concluded its annual policy conference last week with a lobbying day on Capitol Hill. High on its legislative agenda was advocating for bills that would penalise Americans for engaging in their First Amendment-protected right to boycott for Palestinian rights.

AIPAC conference attendees pressed their elected officials to support the Israel Anti-Boycott Act, sponsored by Senator Ben Cardin (D-MD). The original, draconian version of this bill, unveiled at last year’s AIPAC conference, proposed to jail individuals for 20 years if they advanced an international organization’s call for a boycott of Israel, or even of products from its illegal settlements in the occupied West Bank.

AIPAC supporters also asked their Members of Congress to back the Combating BDS Act, sponsored by Senator Marco Rubio (R-FL). This bill seeks to stifle the successful Palestinian civil society call for campaigns of boycott, divestment, and sanctions (BDS) as a nonviolent means to attain Palestinian freedom from more than 50 years of Israeli military occupation of the West Bank and Gaza Strip, justice for Palestinian refugees denied their right of return to the homes from which they were expelled by Israel when it was established in 1948, and equality for Palestinian citizens of Israel who face dozens of discriminatory laws. Rubio’s bill encourages states to pass legislation denying contracts to individuals, associations and businesses which support BDS.

It should be a no-brainer that Americans can boycott whomever or whatever they choose without risking governmental punishment. After all, the Supreme Court ruled that states have no “right to prohibit peaceful political activity” such as a boycott, which is an “expression on public issues” that “has always rested on the highest rung of the hierarchy of First Amendment values”. Indeed, the recent blossoming of the #BoycottNRA movement provides renewed proof of the centrality of boycott movements in effecting social change in the United States.

Although both pieces of legislation initially picked up substantial support on Capitol Hill when they were introduced last year, fortunately, these blatantly unconstitutional bills have been stymied by opposition from those engaged in BDS campaigns for Palestinian rights and civil liberties organisations defending Americans’ right to boycott.

The original version of the Israel Anti-Boycott Act lost steam after the American Civil Liberties Union (ACLU) wrote to Senators last July that the bill was “in direct violation of the First Amendment” because it “would impose civil and criminal punishment on individuals solely because of their political beliefs about Israel and its policies”.

Senator Cardin claims that an amended version of the bill he released to coincide with the AIPAC conference does not “diminish or infringe on any right protected under the First Amendment”. However, by fining corporations, small business owners, and even nonprofit organisations such as churches as much as $1m for supporting an international organisation’s call to boycott Israel or Israeli settlement goods, the amended bill is still fundamentally an unconstitutional act of viewpoint discrimination at odds with the First Amendment.

And the types of state-level laws Senator Rubio’s bill encourages is currently facing a constitutional challenge from Esther Koontz, a middle school curriculum coach at a magnet school in Wichita, Kansas, a member of a local Mennonite church, and a plaintiff in an ACLU lawsuit against a law passed by the Kansas legislature that denies state contracts to individuals and businesses that abide by boycotts related to Israeli human rights abuses.

Last spring, Koontz was selected to participate in a programme to train other Kansas teachers. But soon afterwards, the Kansas legislature passed a law placing an unforeseen obstacle in her way. The law, similar to those passed by legislatures or promulgated by gubernatorial executive order in 24 states, requires individuals and businesses contracting with the state to certify that they do not boycott Israel or products from illegal Israeli settlements.

The newly passed Kansas law placed Koontz in a moral bind. “As a member of the Mennonite Church USA, and a person concerned with the human rights of all people – and specifically the ongoing violations of Palestinians’ human rights in Israel and Palestine – I choose to boycott consumer goods made by Israeli and international companies that profit from the violation of Palestinians’ rights,” she explained.

A month after the Kansas legislature passed its law, Koontz’s beliefs were strengthened after the Mennonite Church USA joined eight other denominations in taking economic action to promote Palestinian rights. At its convention, a whopping 98 percent of delegates voted for the church to divest its holdings from companies profiting from human rights abuses resulting from Israel’s half-century military rule of the Palestinian West Bank and Gaza Strip, and to encourage church members to boycott Israeli settlement goods.

After the Kansas State Department of Education informed Koontz that she would need to sign a certification that she does not boycott Israel in order to participate in the teacher training programme, she declined to do so as a “matter of conscience”.

In January, Judge Daniel Crabtree issued a temporary injunction prohibiting Kansas from implementing this law while the case is litigated. Crabtree wrote unequivocally: “The Supreme Court has held that the First Amendment protects the right to participate in a boycott like the one punished by the Kansas law”. He added, “Under the First Amendment, states cannot retaliate or impose conditions on an independent contractor ‘on a basis that infringes his constitutionally protected freedom of speech’.”

Kansas’s certification requirement forces the plaintiff to make a “plainly unconstitutional choice” and is “chilling plaintiff’s and other putative state contractors’ speech rights”, Crabtree explained in his justification enjoining the state from implementing the law.

This landmark ruling that boycotts of Israel or its settlement products are protected constitutional speech should give pause to state legislators who continue to recklessly propose additional bills without concern for protecting Americans’ First Amendment rights. Legislation similar to the one blocked in Kansas has been introduced or is pending currently in 11 additional state houses.

Growing numbers of Americans and the civil society institutions to which they belong are supporting economic action against Israel and corporations that profit from its human rights abuses of Palestinians as a moral and nonviolent way of showing their disapproval of Israel’s oppression. Judge Crabtree’s injunction is a clear indication that Americans are protected by the First Amendment in doing so. Politicians at the federal and state levels must stop trying to impair this right and reject AIPAC’s unconstitutional efforts to suppress boycotts for Palestinian rights.

The views expressed in this article are the author’s own and do not necessarily reflect Al Jazeera’s editorial stance.

This entry was posted in In the News, US Campaign for Palestinian Rights, Writings. Bookmark the permalink.