Finkelstein goes to Syracuse and the opposition stays home 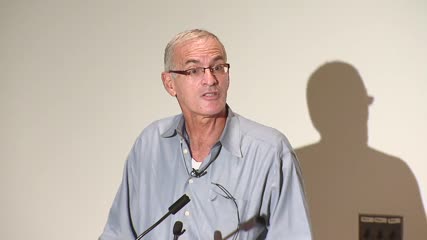 After the attempt the previous week to cancel Josh Ruebner’s speaking engagement(author of SHATTERED HOPES) by concerned Syracuse University faculty, I expected similar push back for Finkelstein’s scheduled presentation on April 23, 2015, about the Gaza assault of last summer. The evening before Ruebner was to speak, the Dean of the Maxwell School received a letter signed by several professors,  indignant that Ruebner was given venue and honorarium to present his racist diatribe.  The audience was expected to include visiting middle-eastern scholars, activists, and journalists, SU students, and the public, who would be unfairly swayed by hearing a one-sided, hate-filled dissertation on events in Israel.  The professors’ attempt to silence were unsuccessful and Josh gave an insightful presentation.  Only a couple of the dissenters attended, and one made a try at a challenge which fell flat and was easily parlayed by the speaker.

I attended Dr Norman Finkelstein’s event Thursday afternoon, pad in  hand, ready to record the rantings of the dissenters – those champions of scholarly discourse, moral outrage, and the policies of the government and people of Israel.
Who could stay home when this self-hating, Jewish-people-hating, delusional ex-professor would address malleable ears?  Selfishly, I eagerly anticipated hearing the challenges of those who must rise to counter Norm’s claims. Sadly, with a couple of exceptions, those standing by Israel’s policies chose to stay away.
Finkelstein delivered his talk with factual details about human rights reports, pertinent historical background on the conflict, and death, injury, and property damage statistics from Israel’s latest assaults on Gaza.  As in the past, I was inspired by Dr Finkelstein’s unwavering moral compass. which, like his mother’s, prevents him from the taking the easy path in life away from this tortuous issue.  Afterward, he asked for comments/questions from those who were most angered by his presentation.  Sadly though, with a couple of exceptions, those who would have provided us a certain amount of entertainment afforded by a NF challenge, chose to stay away.