Josh Ruebner on Israeli and Palestinian Talks in DC

Josh Ruebner on Israeli and Palestinian Talks in DC 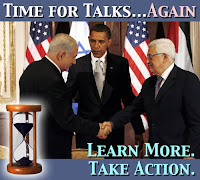 He is national advocacy director for the U.S. Campaign to End the Israeli Occupation And Marine Biologist Dr. Samantha Joye, Journalist Dahr Jamail, chemical dispersants breaking up oil but making toxicity in Gulf of Mexico worse.

First, this news about an oil and natural gas platform explosion about 100 miles off Louisiana’s central coast in the Gulf of Mexico. An oil sheen was detectable for about a mile near the site owned by Mariner energy. We’ve not been able to determine if Mariner has used dispersants in the area. Spokespersons for the company say they will now try to learn what they can from the BP spill. Hopefully, that will include information from marine biologists who have found that dispersants like Corexit could make the environmental damage from the accident worse.

According to an article in Deep Sea News notes that fifty percent of studies found that chemical additives inhibited microbial degradation and the other half of studies didn’t find any significant difference between treatment and control groups. The author, Bik, (part two of the story) reports that the most toxic components of oil, the Polyaromatic Hydrocarbans, are not biodegraded by dispersants. This has been known for at least two years.
Marine Biologist Samantha Joye of the University of Georgia told us that she feels it was a mistake for BP to use the dispersants in the Gulf.

Journalist Dahr Jamail has been reporting from the Gulf of Mexico and found ample evidence that the Corexit dispersant being sprayed from planes, poured, and distributed via automatic pumps, in the Gulf, is dangerous to both marine life and human beings. (See also the litigation involving BP, Corexit, and Earth Justice here in the July 14, 2010, piece by Brian Smith, ‘Earthjustice Sues EPA for Oil Dispersant Safety Information’).

TRT: 29:00
Download at Pacifica’s audioport here
also at Radio4all.net and archive.org plus archive.org

Josh Ruebner, U.S. Campaign to End the Israeli Occupation discusses the U.S. led talks between Palestinians and Israelis begin with news of an attack by Hamas. We discuss the talks in context with both headline news and the problems inherent to such talks dating back to the Oslo accords.

This week’s program is dedicated to Karin Norton who has been battling major illness. Karin has been devoted to peace and justice causes as a professional social worker and activist. She spent more than ten years as the public affairs director for WHUS radio, a Pacifica affiliate at the University of Connecticut in Storrs, CT. She has served as an advisor to this and other radio programs going back to the 1980s and 90s and she has been a true friend. The Israeli human rights organization B’tselem has condemned an attack by Hamas which killed four Israeli civilians just prior to peace talks in Washington, D.C. B’tselem calling the attack a violation of international law.

The human rights organization has long been critical of the Israeli authority for its tendency to respond to Palestinian attacks on Israeli civilians by committing more violations of international law and human rights. On their web site B’tselem points out that Israel has employed an undeclared policy of leniency and compromise toward the perpetrators. They continue to document incidents of settler violence against Palestinians including killings and illegal theft of Palestinian homes. The imbalance in protection of basic human rights will no doubt be a major stumbling block in peace negotiations.

Underwriting for this program was brought to you by JeremyRHammond.com, political analysis from outside the standard framework. He is founder and editor of ForeignPolicyJournal.com and a recipient of the Project Censored 2010 Award. “New at JeremyRHammond.com, the piece, ‘Turning Back From the Point of No Return: Implications of the Threat to Bomb Iran.’ He wrote it to counter the public narrative arguing that an air strike on Iran might be necessary in order to prevent a nuclear holocaust.”

This entry was posted in Audio/Video, In the News, US Campaign for Palestinian Rights. Bookmark the permalink.