A forgotten US vision for a single democratic state in Palestine 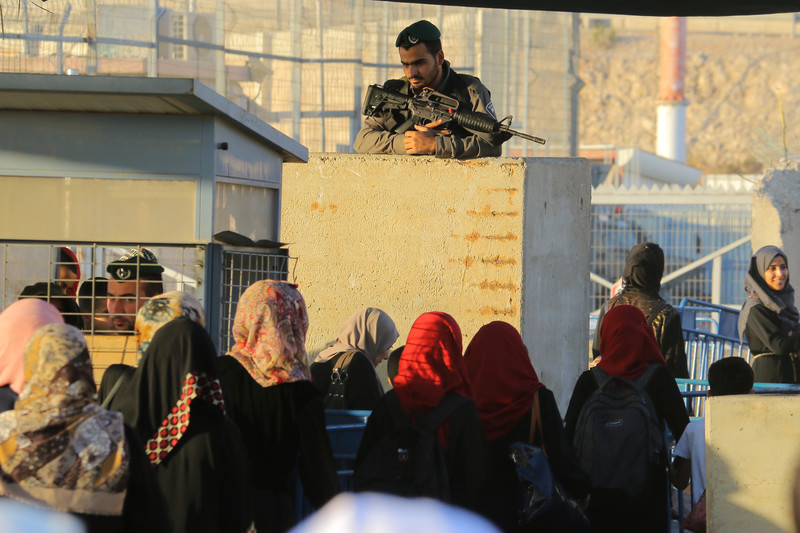 “I’m looking at two-state and one-state, and I like the one that both parties like,” US President Donald Trump remarked during his 15 February press conference with Israeli Prime Minister Benjamin Netanyahu.

Trump’s flippant statement upended a truism in establishment, bipartisan foreign policy circles which had prevailed since the latter days of the Clinton administration. Namely, the Israeli-Palestinian conflict can only be resolved through the creation of a Palestinian state in the West Bank and Gaza Strip – 22 percent of the Palestinians’ historic land – alongside Israel.

True, on its way out, the Obama administration had publicly warned Israel repeatedly that its colonization of Palestinian land was entrenching a one-state, apartheid reality. But it had always muted this critical analysis with a desperate appeal to salvage the two-state paradigm.

Given his reliance on a cadre of advisers who fervently support the Israeli settler movement, it is likely that if Trump is really “looking at” one-state frameworks, then they will be of the variety favored by the Israeli right: annexation of the West Bank without the extension of citizenship rights to Palestinians living there.

Nevertheless, Trump’s embrace of the option for a one-state resolution has had a salutary effect in Washington. It has emboldened decision-makers to finally throw open the windows and allow fresh air to permeate policy discussions on the Israeli-Palestinian issue.

This new dynamic was evident only one day after the Trump-Netanyahu press conference. At a Senate Committee on Foreign Relations nomination hearing for David Friedman, Trump’s nominee to be ambassador to Israel, senators explored lines of questioning which previously would have been inconceivable to put forward on Capitol Hill.

Republican Senator Bob Corker – committee chair – wondered “are we helping the situation by continually talking about a two-state solution when having a military presence in the West Bank ad infinitum – forever – by Israel is really something different than a two-state solution?”

Democratic Senator Tim Kaine pressed Friedman to acknowledge that “the US could never support a one-state solution – or indeed any solution – where Palestinians are deprived of full and equal legal rights.”

As official Washington begins to seriously grapple with the policy implications of a one-state resolution, elected officials would do well to dip into the State Department’s historical record for inspiration and guidance.

In particular, they should take note of a long-forgotten top secret memorandum written on 4 June 1947, unassumingly entitled “A Plan for the Future Government of Palestine.”

The memorandum, a preliminary draft of which was written by Loy Henderson, director of the State Department’s Office on Near Eastern and African Affairs, was shared with only a few select State Department officials and apparently never progressed beyond being “a working paper which is not yet cleared, even with the State Department.”

Even though this 70-year-old memorandum seemingly was never discussed, much less approved, at high levels, many of its recommendations are still relevant to today’s policy debate.

A state for all its people

Rather than partition Palestine into separate Jewish and Arab States as the United Nations General Assembly voted to recommend later that year, the memorandum instead recommended that “Palestine should become neither an Arab State nor a Jewish State but a single independent Palestine State in which all its people, of whatever religion or blood, may dwell together in concord.”

The memorandum then went on to specify a fairly detailed proposal for Palestine’s form of government, which would include a constitution, a bill of rights, and “a new legal system — equally applicable to Jew, Christian, and Moslem alike … in harmony with the principles of the Charter of the United Nations and with the practices of advanced democratic countries.”

The government “should encourage the continued existence and development of the Jewish National Home in its spiritual and cultural aspects,” the memorandum recommended, but fell short of the Zionist movement’s goal of Jewish sovereignty.

Recognizing the importance of Palestine for adherents of Islam and Christianity, the memorandum also called for the government to “similarly permit and encourage the establishment and maintenance of religious or cultural homes for any Moslem or Christian groups which desire to establish spiritual and cultural international centers in Palestine.”

The remarkably forward-looking memorandum eschewed the confessionalism built into neighboring Lebanon’s constitution in favor of a “federal form of Government” with divisions “created upon the basis of economic and social considerations rather than upon considerations of religion or blood.”

The memorandum further called for new, secular codes for civil and criminal law and family status “of such a character that they could be applied to Moslem, Jew, and Christian alike.”

In distinction to the religiously based discriminatory regime that Israel would begin to implement the next year, this memorandum insisted that “there should not be set up one system of law for the adherents of one religion and a different system for the adherents of another religion.”

The recommendations of the memorandum were also at odds with other aspects of the separate and unequal legal system imposed by Israel after it declared its independence.

For example, the memorandum held that “the immigration laws of Palestine should not discriminate against prospective immigrants on grounds of religion or blood.”

In 1950, Israel enacted the Law of Return, giving Jewish people the right to freely immigrate to Israel and receive Israeli citizenship while simultaneously denying indigenous Palestinians their right of return to the homes and lands from which they were exiled.

And in contrast with Israel’s discriminatory land use policies, which alienated most Palestinian land from its original owners and then subcontracted the leasing of it to the Jewish National Fund for the exclusive use of Jewish people, the memorandum insisted on “equitable legislation governing the sale, purchase, lease, or use of land.”

The memorandum further specified that there should be “adequate legal protection for the rights of tenant cultivators in cases of land transfers,” implicitly recognizing that many Palestinians were dispossessed from their ancestral lands through Zionist land purchases during the British Mandate era.

Some portions of the memorandum, such as a lengthy one detailing the mechanism for gradually transferring authority from the UN Trusteeship Council, to a Constituent Assembly, to an independent government within 8 years, appear outmoded today.

However, in laying down principles and a suggested form of government for a non-confessional, multi-religious democracy premised on equality, the memorandum still offers substantial concrete guidance for a one-state resolution today.

As Trump continues “looking at” one-state options, perhaps he will dust off a copy of the 1947 State Department memo and “like” it.

This entry was posted in In the News, Writings. Bookmark the permalink.